Unfathomable is a 40 minute, art-as-research film adapted from the stage play by the same name. The stage play was devised by Athena Mazarakis and Alex Halligey, and first premiered live at the National Arts Festival Fringe in Makhanda in 2019, winning a Standard Bank Silver Ovation Award.

Using water as a central motif-metaphor for processing grief, the original theatre work traces the histories of Halligey’s father and grandmother through a poetic play between materials, body and words. Curious to see how this theatrical audio-visual richnesss might be realised in the audio-visual medium of film, an ensemble of artists have collaborated to experiment in this new iteration of Unfathomable with creating a cinematic work that is neither a filming of the stage performance nor a translation of the stage performance into film. Rather the use of filmic elements (camera, editing, music composition and sound design for camera) in dialogue with set, stage lights, materials, live sound and performer to express Unfathomable’s theatrical imagery.

The film will be available for public view as a limited release during the month of July.

Filmed and Edited by Nicola Pilkington

Special thanks to : Barry Strydom, Jessica Denyscchen and 9mm films 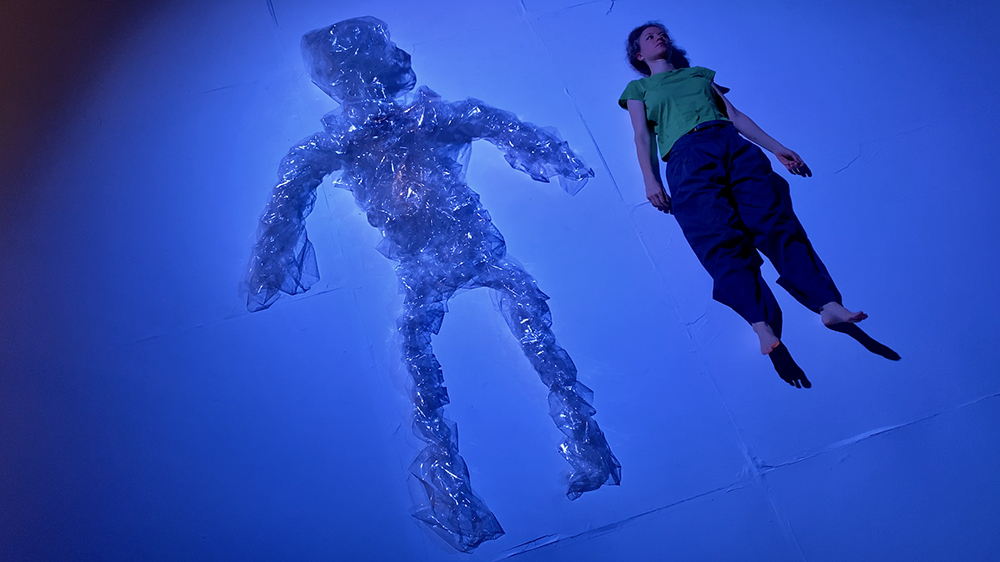