We’re back in the twenties! And there is no better way to celebrate this than with screenings of The Great Gatsby, dress up, moonshine, and the best in big band and swing music!

With all our cinema events up until now, the film has naturally been the main attraction, the main course if you will. This time we want to give you more of a chance to let lose and have yourself a good time on a Friday night. So we’re giving you the option of either enjoying the film as an appetiser (film starting at 6pm), or as a desert (film starting at 10pm). Either ticket will however get you in to our exclusive party area in the adjoining bar between the screenings!

TICKETS FOR THE 6pm SCREENING

TICKETS FOR THE 10pm SCREENING 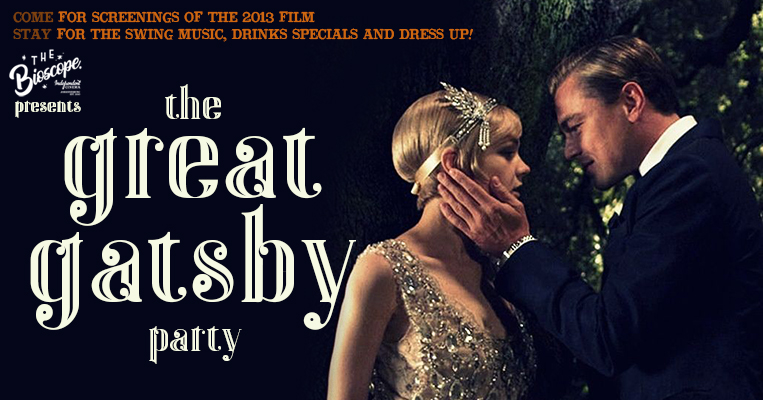 Nick Carraway, a World War I veteran who works as a stock market trader after settling in NYC, finds himself attracted to Jay Gatsby and his flamboyant lifestyle.